Bio:Thomas A. Giannettinois 45 years old and married with two children.  He was a 21 year veteran of the US Air Force and New York Air National Guard and retired in 2007.  He served in Operation Desert Shield/Desert Storm and Operation Noble Eagle.  During that period he joined the ranks of the division of New York State Police in 1999.  In November 2010, while on duty as an Investigator, he was assaulted by an intoxicated subject which  in the course of the apprehension he suffered injuries to his jaw and right shoulder.  Subsequently, after years of therapy and two surgeries his right shoulder never regained range of motion.  This ended his career in law enforcement.  This tragic news consumed his well being and he was at rock bottom in his life.  "In February 2013 after deciding that I had to find a new challenge in life, I set out to learn how to swim with one arm so I could compete in triathlons.  The physical challenge was slowly helping me to cope with the mental and emotional challenges.  I then realized that competing athletically was the mechanism that was going to help me cope mentally and physically.  My motto is: 'be grateful for today, make it count! Don't worry about yesterday; and don't sweat about tomorrow'".

These guys have each others backs!

Operation Homeland Honor is registered as a US Masters Swimming Club... 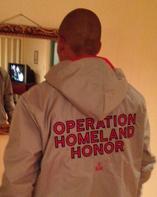 Bio: Richard "Rick" Phillips  became a police officer in 1995.  He started working part time at a small department in Bendersville, PA.  In 1996, he became a full time officer at Eastern Adams Regional Police Department, serving the New Oxford PA, area.  Rick continued his part time job in Bendersville as well over the years.  Rick was involved in a catastrophic car accident in the line of duty on 3/11/10.  He was pursuing a speeding vehicle through an intersection and Rick ran into the back of a truck.  He suffered severe traumatic brain injury. After recovery in a local hospital and a local rehab, Rick was transferred to a neurobehavioral brain center in North Carolina.  He remained in their program for 8 months and was transferred home.  Rick was honorably discharged from Eastern Adams in October 2011.  He also was unable to ever return to any type of work due to his injuries.  Unfortunately, Rick regressed and was admistted to a brain injury center (Remed) in Phoenixville, PA.  He was in their program for just over 2 years and is currently back home fighting every day to recover from the devastating effects of the brain injury.  Rick is married to his beautiful wife, April, and has two wonderful daughters who have stood by him every step of the way. He currently volunteers at Shining Stars Therapeutic Horse Program in Gettysburg, PA and truly is someone who would do anything for anyone!

Bio: Mike Stafford was in the Marine Corps from January 2007 to March 2008 and was injured while in the Marine Corps serving our country.  Mike says, "It has been six years and I have found sports and exercising helps with my rehabilitation.  I am involved with Team Semper Fi and the Wounded Warrior Regiment and participate in their events.  This will be my second year being picked to attend the Marine Corps Trials in California where I hope to win a spot in the Warrior Games.  Those marines chosen will compete at the Olympic Training Center in Colorado Springs CO against all other branches of the military for the Commander's Cup.  Getting back into swimming and sports has helped me so much these last two years.  I have made friends along the way and swimming has given me a new purpose and goals for my life".

Update!  Mike has been selected to participate in the Warrior Games! 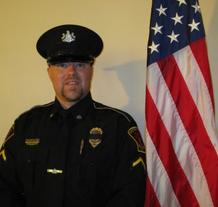 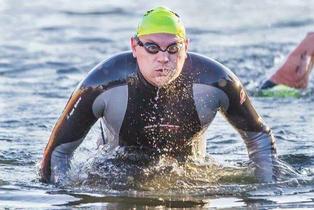 We are a National Swim Team,

you can join us from anywhere